We’ve partnered with the incredible team at Vanyaland to create something truly unique – an ever-evolving & relevant soundscape throughout our lobby. What exactly does this mean and what exactly is Vanyaland?

Vanyaland is an award-winning online arts and culture magazine launched in Boston in 2013. Covering music, comedy, film, and television with unmatched tenacity, personality, and vigor, it was named the 76th most influential music magazine in the world by London’s Style of Sound. A nine-time Boston Music Awards winner for Publication of the Year, Vanyaland covers local arts and events alongside national news and releases, offering a trusted compass for what to do, and where to be, through a unique perspective rooted in New England. It’s a daily destination for “culture-forward” individuals looking to discover a definitive news, lifestyle, and entertainment source in their city and beyond — with it all starting right here in Boston.

Somerville, Cambridge, & Boston are cities with a lot going on; you just need to know where to look. Start your morning at Cambria with the three essentials — coffee, breakfast, and Vanyaland. The Boston-based online arts magazine is the compass for your day ahead, alerting you to the latest music coming out of the city, comedians performing around town, and can’t-miss film openings.

Vanyaland’s Friday V3 segment picks a trio of events — concerts, comedy, and film — that will liven up your weekend stay, and Monday’s Mic’d Up highlights the week ahead in live comedy. Later. in the week, their film reviews provide an idea of what to see and what to skip.

If you’re staying in, simply hit the Vanyaland Spotify playlist for the latest and greatest bands across our acclaimed music scene, from ’80s icons to that new act that just crushed it at the club down the street. 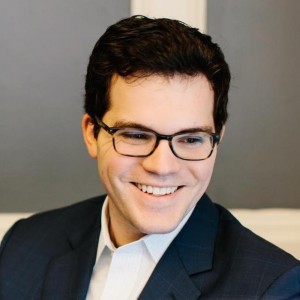